I just love how colour shows up and this month is no exception. From the red carpet, history to modern laser lights, mother nature and foxy loxy. Here’s a skip through my colourful month for June…

I just love going to the theatre. I do try to go once a month and if there was ever a city that could claim to be the home of theatre, it has to be London.

Given there are so many, they all need to find a way to stand out. Take the Bridge Theatre for example – lit like a beacon in red which just happens to work perfectly for the plays performed there. They are bold and unexpected, challenging the audience’s perspective on what theatre is. Pushing boundaries, it’s rebellious and packs a punch! That’s red, never one to rest on its laurels! This time I saw the immersive experience version of Midsummer nights dream – and down in the pits was the only place to be. Amazing, high energy, exciting!

So I mentioned that I tried to get to the theatre once a month. This month I was fortunate enough to attend three! Keeping the red theme going I was invited by a good friend to the opening night of the play Three Sisters in the West End.

Naturally there was a red carpet (where I saw the amazing Vanessa Redgrave walk down amongst others) – another red ‘look at me moment’. So imagine my excitement when I thought here’s my first red carpet experience. Well, let me tell you… two steps on and my friends and I were ushered in through the first door. That was the shortest red carpet walk in history! It certainly gave us the giggles!

After seeing a play in the Regent’s Park outdoor theatre (that was third one) and I my way out I spotted the rose garden in full bloom – Oh my, words can not express the sheer beauty and my photos just doesn’t do it justice. If you are in London next June this is a must see, a must smell, a must experience.

During my late teens I spent almost every Friday and Saturday in tiny pubs watching live music. I’ve seen just about every Aussie band… except for Midnight Oil. So imagine my surprise when a good friend of mine from the US and a massive Midnight Oil fan contacted me to say he had organised a ticket for me to go see them at the Brixton Academy – how nice is that! So the next night there I was up the front with the hardcore fans known as ‘Powerworkers’ and what a show. Not only were they amazing live, I loved their incredible use of colour, changing from red, to orange, to yellow, blue and then blending them. It was a spectacular backdrop to their Aussie rock. I haven’t heard their music for years and found myself remembering every word and singing my little heart out!

This place has been on my London Bucket List for many years now. I’ve seen the outside many times having travelled down from London on the three hour boat trip but by the time I got there it was always nearing on closing time. So this time I left early in the morning and went down on the train. What a treat! I loved that I could walk ‘through history’ – from the Tudor, Elizabethan, Georgian through to the Victorian era. It was fascinating to see how colour was used to signify wealth, position and status in their clothes, jewelry, furnishings and paintings.

The last Steam Train on the Underground

Back in April the London Transport Museum’s held a Love Your Line weekend which focused on colour, so they called me to see if I would do a talk for them. It only made sense that my talk would be on ‘Colouring in the Lines’ and as a thank you they gifted me a ticket on the last every steam train run on the London Underground.

Now I’m a self confessed train journey lover. I could and have spent days on trains just staring out the window, watching the world go by – Trans Siberian and Trans Mongolian was just amazing… but I digress…

There I was, sitting in the front carriage by the window behind the engine in her fine Metropolitan line livery. Yes it was noisy on our journey from Ealing Broadway to Kensington High Street and back again with soot on me but boy was it fun! I may have done a few Toot Toots along the way which my friend and fellow passengers thought was hilarious. Hey, life is about those joyful moments… and more joyful when I then found a package of tube coloured pencils – joy explosion!

When Red is Really Orange

I spotted this beautiful red fox sunning itself on the wall and I really wanted to get a photo. Ever so slowly I inched forwards snapping away on my phone camera. This was as close as I could get before it disappeared over the wall. It reminded me there was a time in the English language there wasn’t a word for orange so any animal that was orange was called red. It would feel strange to call them orange fox or robin orange breast or orange squirrel so even though we now have a word for the colour, red fox it is. If you would like to read more about is then read on.

That’s a wrap for June. I can’t wait to see what July brings!

And if you would like to stay in touch with what I’m up to in our colourful world then join me over on Instagram.

Until then, wishing you a colourful day!
Karenx 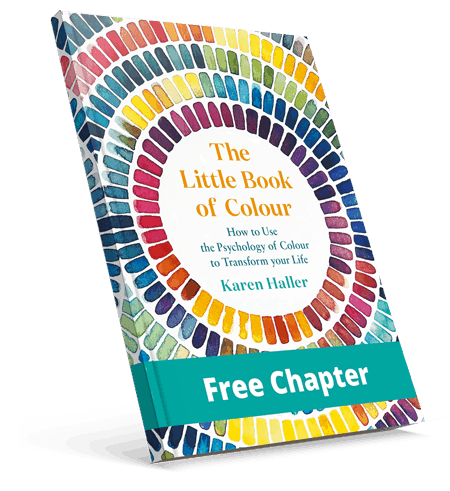